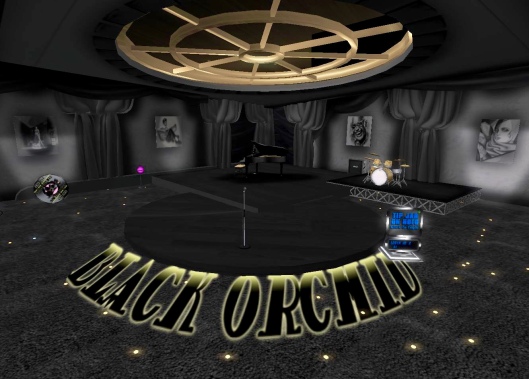 With the grand opening of Black Orchid night club, it’s clear to see that the sim values an international community. The Russians feel at home here having met Snug Harbor’s owner, Ty Lomes, back in 2010. Shortly after, they opened a Russian Park on the sim.

“Nehama is a Russian singer who also enjoys popular English songs. She not only is a DJ here, she owns and operates the club. You can often find her performing on the Titanic here in SL. She has a voice like Marlene Dietrich,” said Lomes. “The building was created by Inga Zaenta, who also made the airport here.”

The other DJs filling the entertainment schedule are: Vishenka on Sunday and Chychelka on Friday. Nehama is there on Tuesdays. The DJs play popular songs in Russian and some American tunes from 10 a.m. to noon SL time.

The club is open to the public, as well. You can visit it through the teleport system located in front of the Dance Emporium on Snug’s boardwalk. It’s located at Snug Harbor – Dance Emporium – Black Orchid Club – Snug Harbor 115, 133, 3801. Make sure to dress formally and wear your translator so you can interact with those in the club. 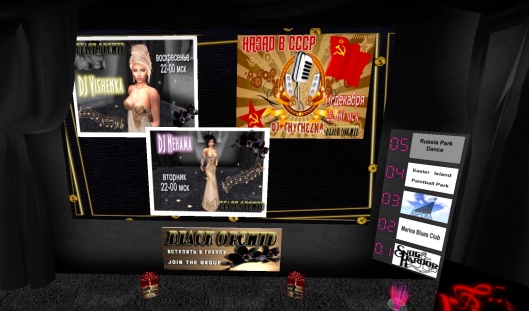 The informational display informs guests when the DJs are scheduled to perform. 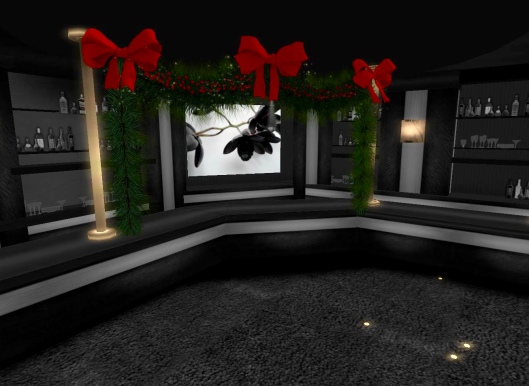 Adding to the social setting is a full-scale bar.

Relax in the leather couches and chairs and have a drink on the house. 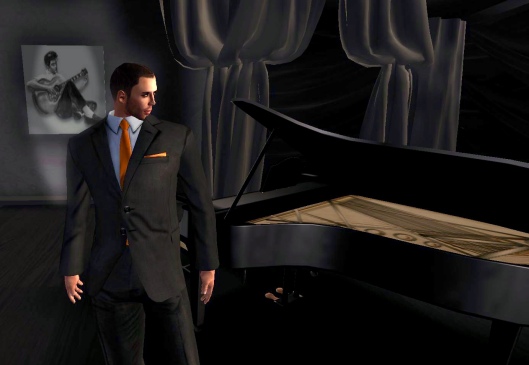 Both a grand piano and drum set await performers. 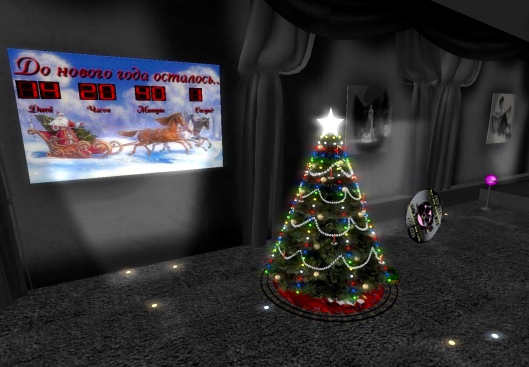 The Black Orchid staff  wishes everyone a Merry Christmas.